The Law Office of Timothy J Wilson represents clients in Chapter 7 and Chapter 13 bankruptcy cases with offices located in Tacoma, Puyallup and Bremerton, Washington. Due to the COVID, attorney Tim Wilson is also available for consultations by telephone or video conference. The office is flexible to meet clients’ needs and we can prepare the documents in person or remotely. The bankruptcy court is operating during this time, with court hearings being conducted by telephone.

Attorney Tim Wilson has been a licensed attorney in Washington for 23 years and has filed more than 1,800 bankruptcy cases. You will work directly with Attorney Wilson, from the initial free consultation, the preparation of all of the bankruptcy documents and all the way to the completion of the case. The law office limits cases to only representing individuals in Chapter 7 and Chapter 13 bankruptcy matters.

An individual has the option to file a personal bankruptcy as either a chapter 7 or chapter 13 bankruptcy. A chapter 7 is of called a “straight bankruptcy” or “liquidation bankruptcy” and does not involve a payment plan. Assuming that the person qualifies for a chapter based upon not having received a chapter 7 discharge within the past 8 years and based upon their income in relation to their household size and other factors, receive a discharge of debts that are dischargeable in exchange for a liquidation of all non-exempt assets by the chapter 7 trustee. In reality, most chapter 7 cases are what is known as “no asset cases” in which the trustee files a Report of No Distribution. This does not mean that the debtor does not have assets, as everyone owns assets to varying degree. It means that the assets that someone owns are protected under a bankruptcy exemption.

If a person files a chapter 13 bankruptcy, this involves a payment plan which is between three and five years in length depending upon the circumstances. The debtor makes a payment to a chapter 13 trustee and the chapter 13 trustee makes the payments to the creditors. A common belief is that if you file for chapter 13 that this means that you must pay all of your creditors. While there are cases in which all creditors are paid (known as 100% plan cases), some chapter 13 cases pay minimal funds to creditors or somewhere between the two extremes. If the debtor has a car loan that they want to keep paying in the chapter 13, the plan will include a provision that the car lender has a higher priority than other creditors to assure that the car lender is paid each month. Interest rates for car loans can be lowered in the chapter 13. If the vehicle was purchased more than 910 days before the bankruptcy filing, then the vehicle would be paid based upon the value that a car dealer could sell the vehicle in its current condition (assuming it is lower than the loan balance) as opposed to the loan balance. If there is what is known as a negative equity trade-in of a prior car loan, the chapter 13 plan can lower the payment to the car lender.

A person can stop a home pending home foreclosure through the filing of a chapter 13 bankruptcy case, known as a “homesaver” case. As an example, if the debtor is behind on mortgage payments by $10,000 and they have an ongoing mortgage payment of $1,500 each month, they can propose a chapter 13 plan to pay the ongoing mortgage each month and also “catch up” on the missed mortgage payments over the course of the payment plan, somewhere between three and five years depending on the circumstances. Of course, in that same example, the debtor’s plan may include payment of one or more car loans and at least a portion of the other debt. The goal of such a case would be that upon the completion of the case, they are caught up with the mortgage, paid off the car loan most likely and discharged any “dischargeable debt” upon receipt of the Order of Discharge.

A person can file either a chapter 7 or chapter 13 bankruptcy to stop a lawsuit, stop wage garnishments, repossession, or other creditor action. The bankruptcy filing triggers an “automatic stay” which stops any creditor action. The stay will remain in effect unless the creditor files a motion and obtains an order for relief from the automatic stay. The most common reason that a creditor would file such a motion is that the debtor is not paying a mortgage or car loan on a timely basis each month.

It is absolutely necessary that the debtor disclose all important information in the bankruptcy schedules filed with the court. For instance, all debt must be disclosed. All assets must also be disclosed, which includes real property, vehicles, recreational vehicles, boats, bank accounts, stocks and other financial accounts, household items, electronics, etc. Bankruptcy law also requires that debtors disclose any potential claims such as a motor vehicle collision injury claim, slip and fall, medical malpractice, medical device or other claim regardless whether the debtor has filed a lawsuit, hired a lawyer or taken any action in pursuing the potential claim. If the debtor fails to disclose the claim in the bankruptcy, the defendant in a future lawsuit can seek dismissal of the claim on the basis that it was not disclosed in the bankruptcy case. The debtor may also lose the bankruptcy discharge for failing to disclose the claim as an asset in the bankruptcy. 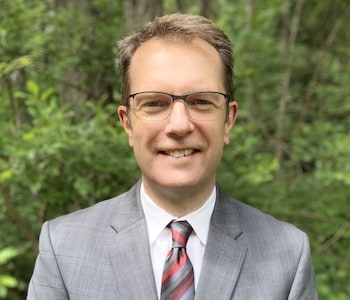 Tim Wilson has been a licensed and practicing attorney in the State of Washington for over 23 years. Tim's law practice is devoted exclusively to representing individuals in Chapter 7 and Chapter 13 bankruptcies. Tim has filed approximately 1,700 bankruptcy cases.

VIEW MORE
Client Reviews
★★★★★
"Dear Tim, I cannot thank you enough for your guidance and support during my bankruptcy process. You answered every question I had and assisted me in making a very difficult choice. It has been one year since we filed, and I am happy to report I am still debt free. You helped give me a new start and I have a better life now for myself and my children. I am truly thankful for all you have done. Best wishes and I will recommend you to anyone.” H.S.
★★★★★
"Throughout the entire process Mr. Wilson was prompt, attentive and informed. Even when I made it difficult, he handled it all smoothly. I am grateful for his service and would happily recommend him." P.W.
★★★★★
"My husband and I were very grateful that you were such a nice lawyer. We were very impressed with the speedy amount of time it took to close our bankruptcy. We were very happy and satisfied with your kindness and helpfulness on our case. " A.D.
View More
Submit a Law Firm Client Review
Contact Us